3 Considerations for Designing IoT Devices of the Future 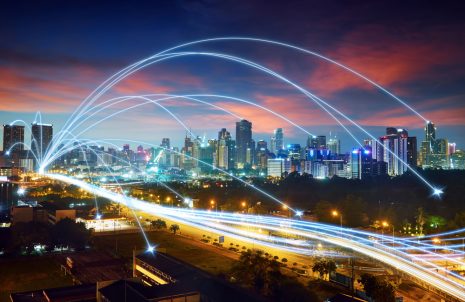 Approaching the Internet of Things (IoT) for connected applications ranging from consumer gadgets to industrial devices has become more complicated over the past few years. Also, developers are challenged with both designing products to integrate with future technology and retrofitting existing applications with IoT capabilities.

While IoT began with embedding smart processors in devices such as doorbells or security systems, the technology has since grown to include more intricate networking and intelligence systems—collecting additional data and transmitting it wirelessly through radio frequency (RF) systems. What started out as a smart refrigerator that allowed a user to adjust the temperature with their voice, for example, has now expanded into customizable mobile alerts about a door left ajar or an expired water filter.

With the increased functionalities of processors, which has fueled the expansion of software-defined features, more sophisticated RF hardware is widening the range of options for network applications and services, especially in non-traditional markets like whitegoods and industrial.  As the software evolves and becomes more valuable, the dependency on availability and excellent performance of wireless networking increases each year. Users demand superior RF performance and expect devices to work all the time. Despite constantly evolving requirements, designers can follow 3 best practices to help ensure IoT devices are built with the components they need to achieve optimal performance, both now and in the future.

Building awareness of the increasing connectivity requirements into the design process is the first step to helping ensure that RF components are treated as essential to the application and not an afterthought. Without proper planning, developers might build a sleek housing or display that lacks optimal space to incorporate RF electronics and antenna feeds.

Currently, many IoT projects involve taking an established device and adding wireless capabilities to it. In other words, these projects are transformational and require expertise in this area. While a product team might be experienced in the design and production of the device, they may lack the knowledge to effectively incorporate RF elements into the design.

An RF expert who is on the design team from the start can alleviate challenges by anticipating the necessary components and designing around them. Thoughtful design insights such as metal versus plastic housing, antenna placement within or outside the housing, and optimal printed circuit board sizing can make the difference between an average and a high-performing IoT device.

Integrating RF expertise into the IoT design process is important, but designers and engineers also must understand the requirements of the smart device—as well as its anticipated use- trajectory goals—before deciding on what wireless components to add. The smart refrigerator mentioned earlier only needed simple components at first, but as reliance on the network-enabled capabilities increased, dependable connectivity became more important. Anticipating a device’s life cycle and the evolving ways it might be used once it has wireless capabilities can give designers a better idea of what components are the best fit. 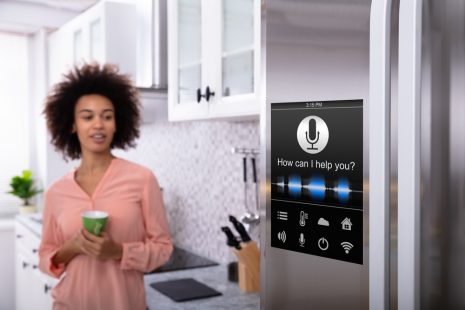 RF and antenna components within an IoT device are not one-size-fits-all. The ideal performance of a smart device is nuanced and depends on the application. For a medical device, good performance might mean the ability to reliably transmit information within a 2-meter radius. If the information is transmitted within a 100-meter radius, privacy issues could present major concerns. But for audio earbuds, the opposite is true—long-range transmission is vital to their performance. Some applications might prioritize transmission distance while others might require excellent coverage. As a result, designers should take the device’s application into account before deciding upon an RF strategy.

The need for robust and responsive RF performance has resulted in technologies such as massive-input-massive-output (MIMO) antennas. On an elementary level, MIMO antennas are redundant antennas that are spatially and angularly diverse, increasing the likelihood that one or more of these redundant antennas will catch or broadcast a signal better than the one next to it. These antennas can also collect better signals that might be present through micro-reflections of the RF wave.

The RF electronics that the antennas connect to need to support MIMO when it is used.  Also, for cellular applications, especially in 5G, it is not uncommon for higher-performance devices that need high speed and excellent RF to use MIMO antennas.

Additionally, it is becoming more common for devices that require the most reliable RF to utilize redundant protocols and frequencies such as Wi-Fi + LTE. The LTE (4G or 5G) is a back-up to Wi-Fi to help ensure that the device will work, even when the Wi-Fi is down.

When deliberating how to integrate RF into IoT, designers must properly plan using RF expertise, consider the demands of the application and understand the intricacies of designing for future trends. If the project is a next-generation or new product that uses a significant amount of bandwidth, the focus should be on 5G capabilities and redundancy. But for most household IoT devices, the current RF strategy should suffice, although designers should stay abreast of expanding uses for the devices.

Molex subject matter expert, Matthew McWhinney, shared his expertise during a recent Mouser Industry Tech Days Podcast. Learn more insights from Matt regarding how designers must anticipate changes and challenges in the IoT world, by listening to the interview.