Close
Back to Power and Signal Products 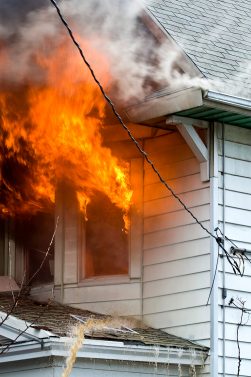 Safety and quality are paramount for appliance manufacturers striving to deliver a positive customer experience while successfully competing in global markets. Electrical products designed for consumers, however, come with inherent risks. Human error and misuse of appliances, short circuits and wiring account for many of these dangers. In order to mitigate some of them, the reliability of electrical components housed in appliances is a high priority for industry leaders.

Resistance to heat and fire is one of the primary safety issues in appliance design. Although global fire death rates have fallen over the past several decades, a majority of fires (about 60 percent) and most fire casualties, occur in the home, according to a report by the Austrian Standards Institute. Electrical appliances are often an underlying factor. For example, unattended equipment was the number one source of home fires in the U.S. from 2012 through 2016, while electrical failures or malfunctions were the second leading source, according a 2019 report by the National Fire Protection Association. 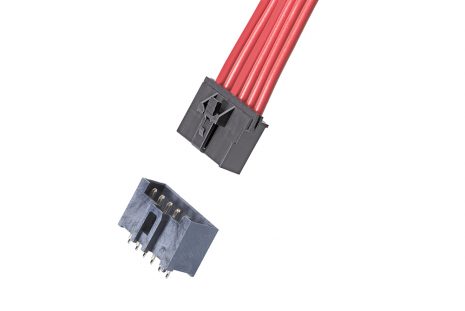 Manufacturers strive to take swift action to protect consumers when a potentially harmful or dangerous product defect becomes known. At any given time, due to known safety concerns, millions of gas and electric ranges, refrigerators, dishwashers, clothes dryers and washers, and small appliances are on recall lists. This causes several problems. First, recalls are not only exorbitantly costly for manufacturers but also can have a lasting negative impact on a brand’s reputation. Additionally, consumers must be aware and proactive in registering products and taking recommended actions when notified of recalls, behavior that manufacturers cannot rely on.

As a result, the appliance industry strongly supports the development and strengthening of standards to improve product and consumer safety. Most appliance safety standards and certifications evolved through extensive testing, data and collaboration within the industry yet remain largely voluntary. Manufacturers have a vested interest in protecting consumers by delivering high-quality products that meet or exceed UL, Glow Wire and/or NiChrome testing certifications. 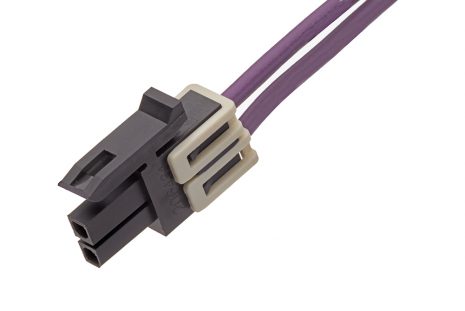 Micro-Fit Plus Receptacle with TPA

An independent organization based in the United States, Underwriters Laboratories provides safety-related certification, validation, inspection and testing services for product materials, including those commonly used in appliance wiring systems and connectors. The UL 94 Standard for Flammability of Plastic Materials for Parts in Devices and Appliances includes small-scale tests to evaluate the flammability of polymeric (plastic) materials in response to a small, open-flame or radiant-heat source under controlled laboratory conditions.

The UL 94 standard provides a method for rating the ignition characteristics of plastic materials used in devices and appliances. A range of burn tests specify the flammability of the materials on a scaled rating system (HB, V-0, V-1, V-2). While UL ratings may be used to prequalify or confirm the general burn rate of a material, it is important to understand that flame resistance and safety may vary widely in appliances and other applications. Also, materials that are UL rated V-0 or V-2, for example, do not necessarily meet NiChrome or Glow Wire requirements, which entails additional testing.

The International Electrical Commission (IEC) developed Glow Wire standards to test the potential effects of an overloaded circuit or overheated component in a home appliance. Most of the industry now demands Glow Wire testing compliance for connectors and other components intended for use in appliances. The Glow Wire testing methodology can be found in the IEC 60695-2 series. 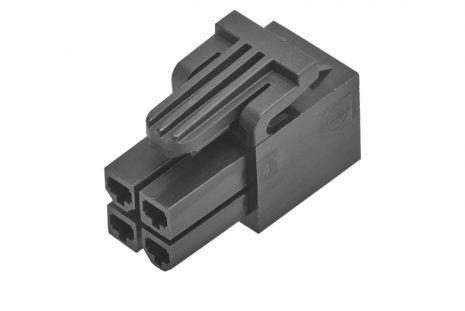 NiChrome wire testing is performed with heat contact at the appliance level, simulating the effect of an overheated electrical connection, with temperatures ranging up to 1000˚C (1800˚F), which is higher than the temperatures of other testing methods.

NiChrome wire testing is included in multiple UL Major Appliance standards, and there is a continuous effort to improve the test and extend it to IEC standards. In fact, UL and IEC are collaborating to establish a NiChrome wire bench testing protocol.

Major appliance manufacturers typically burn entire units in the process of doing this appliance-level testing. They may burn as many as 25 to 35 test units for a new appliance design. To help contain testing costs, Molex conducts NiChrome filtration-system procedures at the component level. Then, based on both those test results and our past experience, we will recommend those components that most likely won’t propagate fire to other parts of the appliance and, therefore, can help them pass the test.

Glow Wire and NiChrome are the specific electrical standard tests, and the UL conducts these tests and others, including tests for UL 94 compliance. Below is a table that compares and contasts these common home appliance standards.

Global manufacturers are seeking cost-effective, standardized solutions that conform to a wider range of specifications and requirements, to ensure the safety of their products and customers around the world. For example, though the U.S. doesn’t require Glow Wire testing for appliances sold domestically, American manufacturers often sell their products in Europe and must comply with Glow Wire testing requirements as a result. Therefore, standardized testing and Glow Wire-compliant connectors are needed in most regions — and are preferred by leading manufacturers around the world.

In response to the global needs of our customers in the appliance industry, Molex offers a portfolio of components that are UL 94 V0 and Glow Wire compliant. We also have begun to design connectors, such as the Mini-Fit Sigma Connector System, that uses a resin that, in our internal screen tests and in most of the end-use cases analyzed, passed the NiChrome test in end applications.
Molex Glow Wire capable connectors come in many popular styles to meet all safety and environmental requirements mandated by the home appliance industry and many of them are also UL 94V0 compliant. In fact, numerous Molex wire-to-wire and wire-to-board connector housings, in a range of styles and configurations are available in both UL 94- and Glow Wire-compatible materials. In addition to strengthening electrical safety, many of these connectors also provide premium features in appliance applications.

By Molex
Next: Delivering Superior Protection and Performance for HVAC →