AR/VR to Take the World by Storm – but When?

Augmented Reality/Virtual Reality (AR/VR) technology is on the cusp of revolutionizing communication, transforming education and vastly improving quality of life. As a TechCrunch 2016 article points out, “Five or 10 years ago, we used text to communicate. Today we communicate and share with photos and videos. Tomorrow, with VR, we’ll be able to communicate with experience.” But first, the industry must overcome some significant technological limitations.

The AR/VR Trajectory and the Mixed Reality Horizon

As reported by Digi-Capital, VR failed to reach 2016 revenue expectations, bringing in $2.7 billion globally when $3.8 billion had been projected, while AR soared. In fact, AR doubled expectations with $1.2 billion globally in 2016 revenue.  Key was AR’s easy accessibility. The Pokemon Go phenomenon is an example of how AR was easily adopted by millions on their smartphones. Users needed no additional equipment, unlike VR’s expensive hardware requirements.  The 2016 results have led many analysts to predict AR will outpace VR in both use and sales over the next few years. With Apple and Samsung developing phones dedicated to AR technology that could launch as early as 2018, this trend could evolve quickly, according to the TechCrunch article The reality of VR/AR growth.

After AR, Mixed Reality (MR) is poised to storm the marketplace. So far, MR developments incorporate the best technology and ideas of both VR and AR with head-mounted display (HMD) devices. According to the Digi-Capital article The four waves of Augmented Reality (that Apple owns), standalone smart glasses will follow tethered headsets in the evolution of AR/VR/MR. Victor Zaderej, Molex Advanced Engineering Development Manager, also predicts less-cumbersome smart glasses will be the wave of the future. “Four of the five human senses reside solely in the head,” he said, “so it’s natural that the vehicle for AR and MR will eventually be glasses, overtaking smartwatches in the next couple years.” Zaderej foresees cell phones and smart glasses working together, possibly via blue tooth. 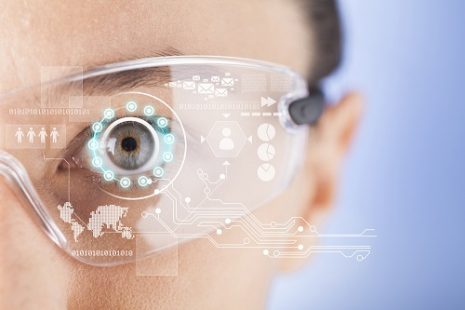 AR and MR promise to be innovations as disruptive as the telephone and the Internet. However, as summarized by the ExtremeTech article What is Mixed Reality, and Can It Take Augmented Reality Mainstream, before getting to the next level, the technology needs to overcome some challenges: the limited field of view of HMD headsets, the need for headsets to be tethered to high-power computers, and difficulties in tracking real-world surroundings.

Design engineers also face obstacles with the electronics and circuitry within AR and MR devices. Some of these include space constraints, thermal management issues, and reliability.  Working through these challenges is necessary to make AR and MR devices small and lightweight for end-user comfort and, consequently, adoption.

In response, Molex is developing a cutting-edge capability that can integrate electronics directly with end products, removing the limitations imposed by PCBs and flex circuits. “For instance,” explained Zaderej, “circuitry can be integrated within the arms of smart glasses without making those arms thick and cumbersome.” This capability, called Application Specific Electronics Package (ASEP), is a revolutionary manufacturing process that will enable engineers to design products that are smaller, lighter, higher-performing and more cost-effective than is possible with today’s electronics packaging methods.

Technology is often restricted only by imagination, and Molex engineers have been at the forefront of overcoming challenges with cutting-edge products and capabilities. Discover more about Molex connectivity options by requesting your free AR/VR sample kit today. And look for future articles in our AR/VR/MR series to learn about industry trends, breakthroughs and Molex AR/VR/MR solutions, including ASEP.

TechCrunch, January 30, 2016, How The Growth of Mixed Reality Will Change Communication, Collaboration and the Future of the Workplace by Pete Sena

TechCrunch, January 11, 2017, The reality of VR/AR growth by Tim Merel

ExtremeTech, May 16, 2017, What is Mixed Reality, and Can It Take Augmented Reality Mainstream? By David Cardinal

By James Blankley
Next: Great Things Come in Small Packages: AR/VR’s Next Wave →