Close
Back to Advancing Innovation 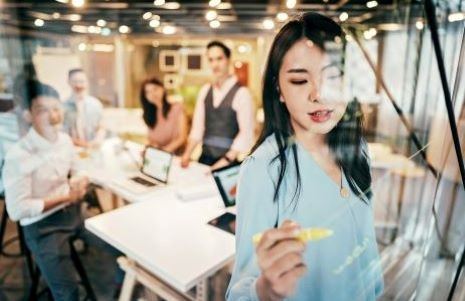 Many of the most impactful advancements in technology have been experienced in the automotive sector, inspired by an industry transformation aimed at delivering more efficient and cost-effective electric vehicles. This has resulted in a rapid rise in demand for technology that supports needed enhancements to these vehicles such as long-term energy storage to expand driving range and reduce charging time. Achieving the goal called for a new type of battery—one that combined the power of several smaller batteries aligned to a smaller form factor. This is how the Volfinity Project emerged

The engineering team working on this challenging project had to think differently to solve this challenge.  Rather than simply increasing battery size, they carefully assessed the options and proposed a different solution: a connector linking individual battery cells together, forming a larger, composite battery. But with no prior blueprints for a connector of this scale, the experienced team of engineers initially struggled with where they would begin the design process. The became a multiple-year challenge for Molex engineers to design the largest connector ever created at the company in order to bring forward a solution to this complex customer problem.

With vast knowledge and experience designing the tiny connectors used in the slimmest of cell phones, the team assigned to the project had never built anything more than a few inches long. When Victor Lim, Senior Product Design Manager based in Singapore, first reviewed the project to decide whether his team could manage the task, he spent some time determining which members of his global team—with varying levels of experience and industry knowledge—could be tapped for the challenge. Although many unknowns loomed ahead, he recognized this venture as an opportunity to drastically change the trajectory of his team’s work and position Molex at the forefront of innovative, emerging technology.

In 2015, when the team first began assessing Volfiity’s product journey, most of the team’s experience involved developing micro-connectors—a significantly smaller design scale than Volfinity. Victor knew that in order for the team to design this novel connector, it was critical for them to draw upon their vast previous connector experience and utilize proven methods while starting from the ground up in the design process.

Placing the utmost confidence and trust in the small but experienced team he chose, together they unanimously accepted the risks and shifted course to begin working with their first customer. Each member of the team had distinct reasons for tackling a new challenge, but all of them revolved around the desire to solve customer problems and make an impact in key industries.  “We ran the risk of failing, of losing all we had built within our group,” said Victor. “But we realized that it was important that the team transform and take on higher value projects.” 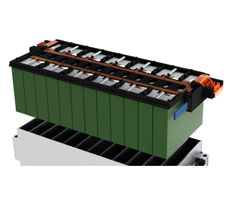 The connector’s design called for a flat, plastic base with an aluminum bus bar to secure the entire unit. Smaller, individual battery cells required temperature monitoring through a flexible circuit. In its entirety, the connector would be about the size of a shoebox to fit in a compact space, while maintaining enough size for easy cell removal and replacement. As the team began executing their designs, it became clear they had a great deal to learn before creating a working product.

Because the connector required a plastic mold larger than anything they had previously designed, none of the team’s familiar suppliers could make the mold size they needed. Furthermore, the team also lacked experience and knowledge around welding aluminum connectors. Chief engineer Jenny Zeng, based in Chengdu, China, led a team tasked with manufacturing the Volfinity solution and spent a great deal of time learning which tools were required for aluminum welding, while also ensuring Molex quality standards.

The result was an unprecedented innovation.  A true first. “Never in Molex has there been a connector that’s so big,” said Colynn Goh, a Molex principal product design engineer based in Molex’s Singapore facility. And, to make matters even more complex, not only did it need to be designed for functionality and performance, but also for production efficiency, posing a completely different set of design challenges.

Zeng first viewed this as an opportunity to take on a new manufacturing challenge.  She knew the product would need to be welded but didn’t know what tool or machine to use. After she learned the tool needed, she still took ample time to learn how to make the tool do what she wanted to manufacture the product, and even more time to do it well.

The team was forced to learn as they moved forward, making mistakes, chalking up wins, growing in their response to issues.  “Nobody knew what to do. So, we learned together, we taught each other, and we grew together,” said Goh.  It’s a tale as old as time.

While these unforeseen challenges occasionally resulted in long working hours, with the team relying on each other to maintain a positive outlook, they never considered failure. Principal project engineer, Fanny Wong, coming to the project with over three decades of experience at Molex, assumed the role of team motivator by continually checking in during difficult periods. Realizing their success hinged on a willingness to break out of their comfort zones, Wong encouraged the team to continue supporting one another, even supplying a good meal on occasion.

After two years of hard work, the product finally reached mass production. “When we reached that point, the joy of my heart cannot be expressed in words,” Zeng said, remembering the first time she saw her product in a car on the road. She was so excited to see it operating in the real world, she couldn’t help but get her phone out and take a picture. The team learned a great deal while designing and bringing the Volfinity battery connector to production.  But it wouldn’t be the end of learning or challenges.

Designing an innovative product that fills a distinct market need is an important accomplishment. But building it to the exacting requirements of an established, experienced OEM is quite another.  Building on their newly acquired skills and success, the team began working with a major automotive manufacturer in 2018 to develop a connector for a new car battery pack. While it was another exciting new opportunity, it meant once again increasing the scale and complexity of the project.

Confident with their knowledge, newfound skillsets, incredible team comradery and customer collaboration, the team felt optimistic when it came time to present the newly designed battery connector to the customer.  They were pleased with the robust product they developed. But the team was met with unfortunate news when it was informed that the project was lost to a less expensive solution.

“It was really a painful lesson for all of us to learn,” Goh said. “I always tell myself, ‘It’s OK to fail.’ Nobody will always be successful in everything they do, but when you fall down, get up and you’ll get stronger.”

Taking this lesson in stride, the team continued their pursuit. Although the product wasn’t initially as cost effective as they’d hoped, they still successfully developed a safe, reliable and fully functioning battery connector—at a scale they had never even considered possible three years prior. Acknowledging the progress that had been made, the team viewed this opportunity not as a loss but rather a discovery in the next step in their journey.  The team shifted focus and set their sights on reducing the overall cost of the connector. 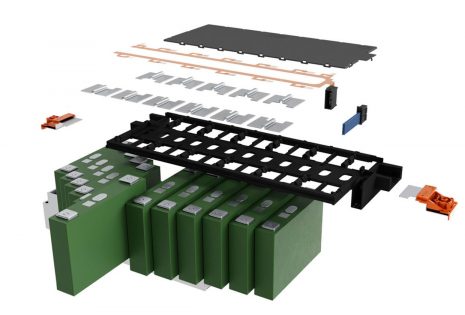 Despite the result of their first collaboration, the automotive manufacturer was exceptionally impressed with the Singapore and Chengdu teams’ capabilities, as well as Molex’s state-of-the-art manufacturing and quality processes.  As a result, the automotive manufacturer continues to work with Molex in developing Volfinity connectors for future projects. This journey also opened doors for the team to design and manufacture similar battery solutions, focusing on fixed, long-term energy storage for a variety of new customers.

Through periods of uncertainty, trial and error and uncomfortable changes, the engineers acquired new skills and formed deeper relationships with one another. Although the last seven years marked some of the most challenging times in their careers, none of the team members regret the choice to tackle the Volfinity project. They are excited to innovate, collaborating with both experts and customers in the field of battery solutions.

“I have to keep learning every day,” Zeng said. “Even though we are seven years into it, and I’ve learned a lot, there’s still a lot more to learn.”

This journey enabled both engineering team management and supervisors to place trust in their group’s ability to make decisions, empowering team members to self-actualize and recognize their untapped potential. Pursuing knowledge and taking risks allowed the team to find new value in collaboration. After growing together through the Volfinity project, the whole team has realized the real-world value of Creating Connections for Life.

By Molex
Next: Miniaturizing Innovation: How Smart Thinking Made a Smartwatch Smarter   →