Connecting Devices to the Internet of Things

Some projections for the global Internet of Things (IoT) market are that it will grow to $457 billion by 2020, up from $157 billion in 2016 (Forbes, 2017). More recently, Microsoft announced that it will invest $5 billion in the IoT over the next four years (Microsoft IoT, 2018). Over the past 6-8 years, according to IoT Institute, well-known players like Cisco, Intel, Google, and Qualcomm have invested heavily in IoT companies as they work to build out their ecosystems. Given those statistics, it’s only rational (and, frankly, essential) to see household device manufacturers continue to design new IoT-enabled products. 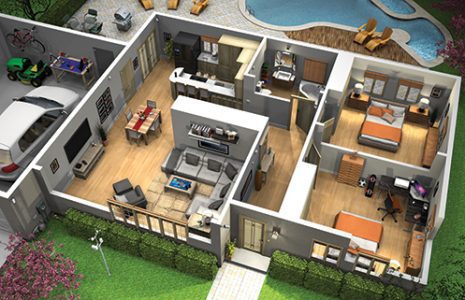 However, determining where to start can be a daunting task for start-ups and small businesses. There is currently no regulatory agency to set standards for the IoT, and the variety of communication protocols resembles the American Wild West of the late 1800s.

The good news is that there are certain protocols that seem to be very promising in the IoT marketplace. Some of them are well-known, but others are relatively obscured from the mainstream consciousness. The following is a list of requirements identified by Cisco IoT experts as important for start-ups and small businesses to know when looking to design for the IoT.

There are four important requirements you’ll need to establish prior to starting your design:

To get yourself started, ask and answer two questions: 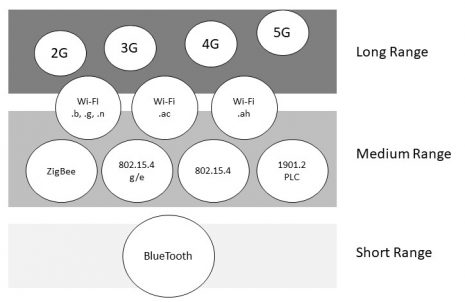 Depending on your needs, the most promising communication technologies are as follows:

Should you opt for your device to connect wirelessly, you’ll need to decide whether to use licensed or unlicensed radio frequency bands. Some of the key differences between licensed and unlicensed bands are detailed in the table below:

Organizations such as the International Telecommunication Union (ITU) and Federal Communications Commission (FCC) define and set the regulations and transmission requirements for the licensed radio frequency bands, so the guarantees and protections come from reputable agencies.

It’s important to note that the unlicensed bands are regulated, but they do not afford the protections (and thus, better service guarantees) of licensed bands.

With utility costs becoming a greater focus for product commercialization, power consumption is important to consider for plug-in devices as well. If a new device or set of devices requires a high amount of power to run properly, that extra power cost could turn away cost-conscious consumers and hurt a product’s chance of succeeding in the marketplace.

Finally, you’ll need to decide the best scheme for your devices to connect with others. At this point, three main topology schemes lead the current IoT landscape: star, peer-to-peer and mesh topologies. 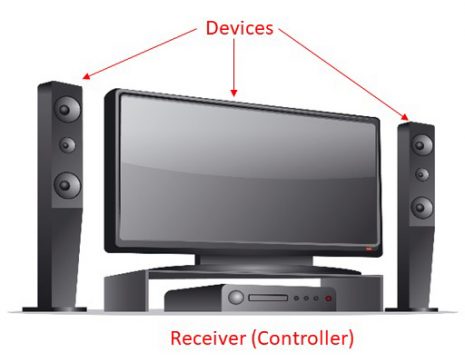 Peer-to-peer topology is when each device is interconnected with others and each device may have its own clients linked to itself. In this topology, no central network device is needed.

The most common example is a personal PC connecting over the internet. In this example, files can be shared directly between systems on the network without the need of a central server, with each computer becoming a file server as well as a client.

A mesh topology is an advanced form of peer-to-peer topology. Properly constructed and optimized, it allows devices to communicate and cooperate with each other for maximum data efficiency and battery usage.

One innovative example of a mesh topology is FabFi. Funded by a grant from the National Science Foundation, FabFi is a small-scale, open-source wireless network being developed to transmit wireless Ethernet signals using common building materials and off-the-shelf electronics.

However, there are significant hurdles one must overcome to optimize a mesh topology and implement devices so that they function properly; otherwise, the battery lifetimes can be greatly shortened. One such hurdle is a properly optimized implementation for battery-powered nodes. If not done properly, the battery lifetime is greatly shortened, putting the node at risk for failing in the market. 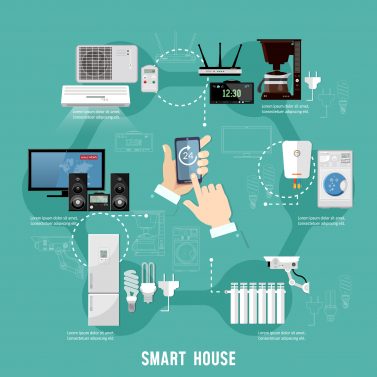 Where do you go now?

At Molex, we have engineering resources and industry experts who live on the front lines of IoT development. We published a complimentary Trend Report on the IoT in Home Technology, describing how manufacturers can successfully position themselves for what comes next in the Connected Home.

We encourage you to explore our reach into the connected home marketplace by exploring our Connected Home interactive website, which details technologies used in applications throughout residential properties. From antennas to micro-miniature components and carbon monoxide sensors, we offer solutions suited for the IoT marketplace. Click here to order a Connected Home Sample Kit.

Our deep experience with a vast array of production and manufacturing methods enables us to combine creative design and smart engineering to deliver effective solutions.

By James Blankley
Next: Keeping Workers Safe and Healthy with the Proper Use of Ergonomics in the Workplace →