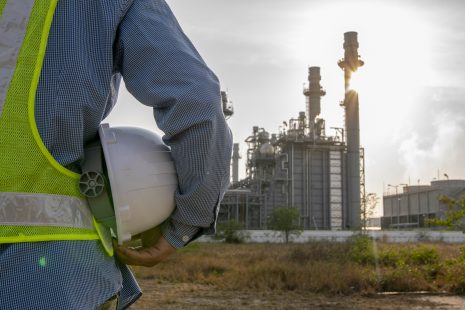 Manufacturers need to maintain and continuously improve production efficiency to remain competitive and profitable. Some companies add new tools and machinery to increase capacity or improve supply chain issues, while others are automating processes that were once manual to manage staffing challenges. Regardless of the changes manufacturers make, they must do so without compromising worker safety.

Electrical safety is a particular concern on plant floors and in outdoor industrial environments. Rugged conditions, water spray and exposure to the elements can wear down or even damage electrical equipment, which can result in short circuits, presenting an electrocution hazard. For example, the U.S. Occupational Safety and Health Administration (OSHA) states that one of the most common hazards in construction jobs is electrocution.

As industrial environments evolve—as we have seen since the Industrial Revolution—safe, reliable performance of electrical equipment remains paramount. A look back at past developments in electrical and lighting equipment that support worker safety can help today’s manufacturers navigate the new industrial terrain ahead. 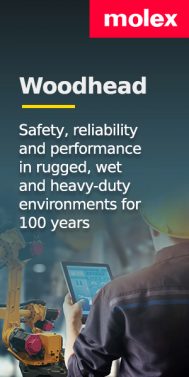 It’s no surprise that during the first Industrial Revolution, factories and other work sites were far more dangerous than today. The U.S. Bureau of Labor Statistics reported 23,000 work-related deaths in 1913, a rate of 61 for every 100,000 workers. In contrast, the U.S. had 3.1 deaths for every 100,000 workers in 2010. That improvement in worker safety resulted from the formation of regulations and procedures, but innovative products also contributed extensively to helping workers stay safe.

Daniel Woodhead, founder of Woodhead Industries Inc. (which is now a comprehensive Molex portfolio of industrial electrical products), was one of those product innovators who set out to improve safety conditions for workers. In the 1920s, he sat down with engineers in the railway industry and learned about the hazards of portable lighting at rail construction sites. Conditions were rugged and often wet, and the hand lamps the workers used had wooden handles, which would often break. The splintering wood sometimes cut the lamp’s wires, exposing workers to possible electrocution.

Recognizing this potential hazard, in 1922, Daniel Woodhead responded by introducing a hand lamp with a rubber handle. This material was more durable than wood, and it dramatically decreased the risk of the handle breaking and slicing electric wiring. The result was a more robust lamp that helped prevent hazardous exposure to electricity.

Expansion of Woodhead portable and temporary lighting solutions followed the breakthrough of the rubber-handled lamp. Eventually, Woodhead Industries Inc.  added plugs, connectors, distribution boxes, ground fault circuit interrupters (GFCIs), and other electrical specialties and components to its portfolio. All were designed for a recognized need and with worker safety as the foremost goal.

A Century-Long Track Record for Innovation

As the 20th century progressed, facilities across the U.S. modernized and electricity use grew in production plants and at other job sites. Additionally, workplace safety improved substantially through the efforts of governmental and labor organizations, employers, scientists, and individuals dedicated to making conditions less risky for workers. Data cited in an article from the U.S. Bureau of Labor Statistics titled, “The Life of American Workers in 1915,” testifies to the success of these efforts: By 1933, the rate of workplace deaths in the U.S. dropped to 37 per 100,000, and was down to 9.3 in 1950.

After decreasing for decades, workplace injuries began rising again in the 1960s as a result of rapid economic expansion that lead to an increase in relatively inexperienced workers, according to a research brief by the National Council on Compensation Insurance. The resulting public outcry led to the creation of OSHA in 1972. During this period, Woodhead Industries Inc. also contributed to the effort to create safer industrial environments by continuing to engage with workers to develop innovative products. In the 1960s, Woodhead conducted a customer survey that showed end users identified yellow as the most visible color to workers on job sites. Woodhead responded to this information by designing products with its Safety Yellow color, making it easier for workers to spot cords, portable power units and other equipment that might have electricity coursing through it.

Woodhead’s innovative Watertite Wet-Location Wiring Devices, developed in the 1970s and still widely used today, were another important addition to products that support worker safety. Rubber housings have made Watertite Wiring Devices unique in the industry by employing advanced rubber sealing material that gives them longer life and greater reliability compared to others in the market, which are made from plastic. Their durability reduces risk of shorts and, in turn, reduces the possibility of a worker being electrocuted by a damaged device.

Recognizing the need to bring the company expertise and value beyond their product lines, Woodhead doubled down its commitment to safety, urging company personnel to lend their expertise by sitting on committees for the National Electrical Code (NEC), a U.S. standard for the safe installation of electrical wiring and equipment. Additionally, throughout the years, employees have regularly conducted seminars on the safe use of portable power and lighting at customer locations.

Molex Woodhead products have become common place wherever workers need safe, temporary power in industrial environments, including shipyards, oil and gas facilities, food and beverage processing plants and automotive production facilities. To this day, performance comparisons put the Molex Woodhead Watertite product line ahead of the competition with regard to high pressure, submersion, and abrasion, chemical and temperature resistance.

Supporting Worker Protection into the Future

As employees return to on-location work as pandemic restrictions lift worldwide and employers are seeking ways to retain their experienced workforce, workplace safety has risen as a topic of concern for manufacturers. Building on years of experience and expertise, Molex engineers continue to answer the call by refining the trusted Woodhead portfolio of products to develop new high-quality, high-performing industrial solutions that help keep workers safe.

One of commonly reported causes of electrical injury and fatality in the workplace includes failure to adhere to OSHA lockout/tagout (LO/TO) standards, which protect workers from the danger of accidental startup or other exposure to live current when working with electrical equipment. In response to this requirement among others, Molex recently launched an offering of switch-rated Woodhead ArcArrest Connectors, which delivers the simplest and fastest way to de-energize industrial machines and equipment while under load and perform LO/TO safety operations, making it easier for workers to comply with OSHA safety standards.

Molex will soon launch a Woodhead IP69K-rated GFCI, one of the first in the market. This new product will be added to its existing GFCI product family to withstand high-pressure spray for locations, such as food processing plants, where sanitizing washdowns are a daily necessity. Preventing moisture from entering the GFCI, even given the incredibly harsh nature of high-pressure spray, will help prevent shorting and risk of injury.

The longevity and reputation for excellence of the Woodhead product line—100 years in the making—is a source of great pride in the Molex family. We continue to innovate Woodhead product designs and materials to align with current applications and end-user needs, continuously seeking ways to keep team members safe in increasingly challenging environments. It is a great example of how Molex is Creating Connections for Life.

By Claudio Lerose
Molex Electrical and Power Solutions Director
Next: The Next Server/Storage Evolution: Processing Data in New Environments →