Driving Towards a Driverless Future 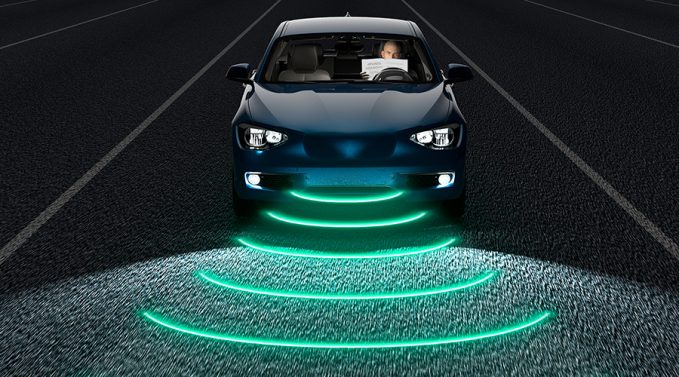 There is little doubt that the future holds a very different automobile from those on our roads today. It will almost certainly be fully self-driving in most, if not all, situations by the time all is said and done. In fact, the Society of Automotive Engineers (www.sae.org) has published a well-defined roadmap that outlines the six stages of the evolution, leading to fully autonomous vehicles at Level 5.

But what are the hurdles to the realization of the promised end game? To achieve a driverless future, there are a multitude of technical challenges to overcome in all aspects of the vehicle design. For example, the control system challenges in a driverless car revolve around such matters as safety, security, and standards. But the technical trials pale in comparison to the ethical and moral questions that arise when developing these systems. What will the vehicle do when it is faced with an unavoidable accident? It’s just a case in point in a field of similar quandaries – a modern version of the classic trolley paradox.

To become completely driverless, future vehicles will contain hundreds of sensors, all producing data that will need to be processed, interpreted, and acted upon. If this can be done well then there is no doubt that road safety will improve immeasurably, given that over 90% of all accidents are caused by the vehicle’s driver, according to an NHTSA study. 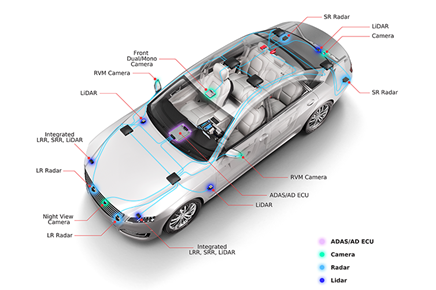 Figure 1: Modern vehicles contain tens of sensing devices that will connect to the V2X system

As sensors will be the primary interface to the vehicle’s environment, safe and reliable operation along with rapid and accurate interpretation will be paramount. Driving along a highway on a sunny day presents relatively few challenges, but on a twisting road at night determining whether the data is showing a puddle or a deep water-filled pothole is far more challenging. The vagaries of weather will be one of the greatest challenges, with some sensing technologies affected by heavy rainfall while others will struggle to identify road markings in heavy snow.

Communication will be a key feature of future vehicles; connections to infrastructure (V2I) will allow them to find vacant parking spaces or electric vehicle charging points while vehicle-to-vehicle (V2V) communications will allow nearby vehicles to signal their intentions to each other and exchange information about road conditions. In fact, in a recent survey of the automotive industry commissioned by Molex and conducted by Dimensional Research, the integration of mobile devices and the ability of vehicles to communicate with each other (V2V) were two of the top features anticipated in the “Car of the Future”.

These V2V networks will contribute significantly to heightened situational awareness for driverless vehicles. However, for flawless execution to be achieved between different brands of vehicle, standards for all aspects of the interchange will have to be agreed upon and adhered to. In defining these standards, consideration will have to be given to how much (and what) data is shared as well as the pros and cons of sharing too much or too little information.

As vehicles become ‘connected’ they will also become vulnerable to malicious code and possible external attack. This was illustrated in 2015 when a Jeep was hacked as part of a demonstration to show how vulnerabilities could be remotely exploited. In that example, the infotainment and air conditioning were attacked and the engine cut. Imagine a similar scenario where the throttle, brakes, and steering becoming ‘fly by wire’. A potential remote takeover could have catastrophic consequences, making security a critical challenge for automotive system designers.

As is often the case with early-stage technologies, different manufacturers are adopting different standards for V2V communications. Organizations like the 5GAA and IEEE are working on cellular (5G) and Wi-Fi IEEE 802.11P / DSRC standards to enable V2X communications. Both technologies will play a role in the vehicle wireless communications and AV applications. It will be important for technology companies to play a role in the standards development and legislation process to determine what technology will create the best infrastructure for safe driving.

There are three primary challenges when implementing V2X communication within vehicles, including providing sufficient information in a timely manner to enable the vehicle’s systems to know what to do while not swamping the system with useless or irrelevant information. This means that it is necessary to determine what data will be important in any given scenario and how quickly it is needed.

In years to come, when vehicles are (almost) all equipped with V2X technology, the system shows strong potential for success and safer roads. However, in the meantime older cars with no V2X capability and limited communications coverage will hinder the fully realized value of V2X – until they are replaced with V2X-capable vehicles over time.

While connected vehicles bring many benefits, the very fact that they are now wirelessly connected to the outside world means that they are vulnerable to malicious attacks. And the danger grows as technology integration grows. As the connectivity to the vehicle increases with 5G cell phones and OTA vehicle operation communications, the potential number of attack points increases. Will cyber security advances stay one step ahead? They will have to. After all, while some in the industry take the view that connected vehicles are too dangerous, especially when security is compromised, the majority believe the benefits of V2X far outweigh the risks and adequate security can be achieved. 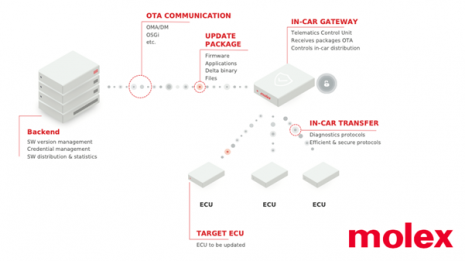 Figure 2: Vehicle security will be maintained through regular OTA updates

Meeting the V2X challenge with technology

Developing a V2X system, whether Wi-Fi or cellular-based, requires several system elements to work together in harmony. For this reason, the system has to be considered as a whole — including hardware modules, cabling, interconnect, and antennas. With its breadth of products and capabilities, Molex is uniquely positioned to help automakers deliver fully integrated V2X solutions.

Further, Molex’s industry-leading RF expertise is leveraged in industry-leading Smart Antenna Solutions, including single and multi-band ‘Shark Fin’ antennas that are often customized to fit the exact needs of the manufacturers. The smart antennas include integrated processors and can be configured by changing connectors, cabling, and fixation methods.

The final system element is the cabling and connectivity which requires ever-increasing performance to cope with the high data rates associated with ADAS systems and cramped spaces in modern vehicles. Molex offers a broad portfolio of multi-gig connectors and cable assemblies with leading EMC performance and signal integrity to drive quality connectivity no matter the requirement.

Fully autonomous vehicles are the future. And technology advancements from V2X to holistic system design encompassing sensors, modules, antenna, connectors, and cabling enable that realization, improving road safety and security for all. Secure interconnectivity is a key element of safe and secure driverless vehicles, and Molex’s state-of-the-art communications technology position us uniquely to bring the future forward.

By Gary Manchester
Director of Advanced Technology and Market Development at Molex
Next: Molex Q&A: What Industry 4.0 Means for Tomorrow’s Factories →