In their quest to take devices and systems to the next level, augmented reality/virtual reality (AR/VR) designers put most of their efforts into content development. The way data gets to the devices, on the other hand, has been a lower priority. However, as designers work toward commercialization, key improvements can’t be achieved without advancements in data communication. Communication systems and antenna technology is a vital step in that advancement. 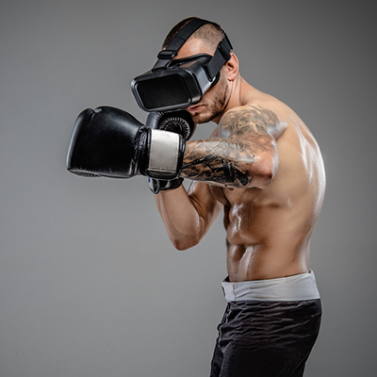 Today, the amount of data needed for a quality AR/VR experience often makes tethering unavoidable. Most experts agree, however, that in order for AR/VR to achieve the mobility necessary to present practical and/or fully immersive experiences, devices are going to have to be untethered (Road to VR, January 2018). So, how to communicate the massive amounts of data needed for a high-quality AR/VR experience without a wire?

“Currently, communication seems to be an afterthought for AR/VR designers,” stated Matt McWhinney, Molex Antenna Business Development Manager. “They tend to focus on the graphics and the complex software/firmware layers needed to support applications and content. This is why most AR/VR devices are still wired; becoming wireless is a lesser concern right now when compared to content.”

Additionally, wireless transmission of very high data rates waits on the deployment of new communication technologies, such as 5G networks, which will, in part, rely on a new generation of antennas. Specifically, multiantenna transmission and beamforming will play critical roles in 5G deployment, according an Ericsson white paper on 5G radio access.

Many AR/VR systems intend for users to move—and not just their head and hands, but also their feet, actually taking steps. Transferring the massive amounts of data needed for effective AR/VR performance while one or both ends of the system are moving proves to be difficult. To efficiently transmit large amounts of data between moving networks, a technology called “beam steering” is crucial. Instead of transmitting broadband wireless data signals in all directions, beam steering sends data to the specific user location that needs it. This saves power, allows more users to have high-bandwidth wireless signals and prevents these signals from interfering with each other.

How beam steering is accomplished:

Step 1:  Identify and locate AR/VR modules; determine where the endpoints are.

Step 2: Calculate how and where to form narrow wireless beam patterns so that precise and directed signals can be sent to only the intended endpoint antennas.

Step 3: Set up the communications signals to the endpoints.

“Beam steering is possible now,” McWhinney said, “but if there is a lot of movement between the transmitter and receiver, extra effort is needed to continuously update where the ‘beam’ is pointed to keep both ends connected. This is not easy to do right now and may be the biggest reason data-intensive AR/VR systems are not using wireless links to exchange information.  Emerging 5G communications will have to solve this problem.” 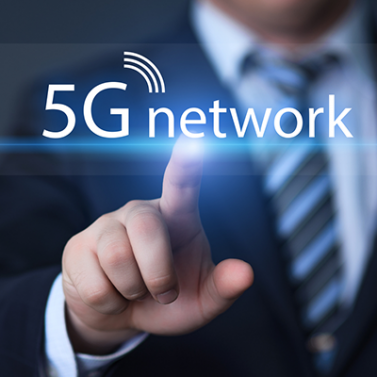 The massive amounts of data needed to render realistic content often can’t keep up with movements of our heads and eyes, resulting in latency issues and, therefore, a less-than-immersive AR/VR experience. Currently, online games experience 50-millisecond (ms) lag times between the movement of a mouse and the resulting action on the screen. On the other hand, for AR/VR to be truly immersive, lag times of only 15 to 7 ms are necessary.

It will take faster processors to address latency concerns. Therefore, as with AR/VR tethering, the answer to latency relies on the development of ultra-high-speed communication technologies, such as 5G, along with developments in antennas. By enabling wireless transmission of very high data rates, 5G will play a crucial role in reducing latencies to levels as low as 2 ms.

Then there is the question of size and weight. Many of today’s AR/VR headsets are too cumbersome to wear comfortably in the workplace or for long periods of time. For AR/VR devices to be useful in everyday life—a surgeon wearing smart glasses, for instance—they will have to be compact and comfortable. This means reducing the footprint and weight of the devices’ power source, internal components and functions, including antennas. It’s early in the development process, during the design phase, that such considerations should be implemented.

“For example, standard antennas that work in clunky prototypes might be too large for sleeker consumer versions,” explained McWhinney.  “Integration, specification and design of the antenna should start much earlier in the AR/VR device design process than it does today,”

Molex is doing its part to help break through some of the AR/VR technological barriers with innovative custom antennas, MID/LDS capabilities and application specific electronics package (ASEP) solutions.  Molex also works closely with companies innovating with 5G systems and will help device manufacturers, such as those developing AR/VR systems, to integrate 5G communications capabilities into their modules as the next-generation networks begin deployment in the 2020s. 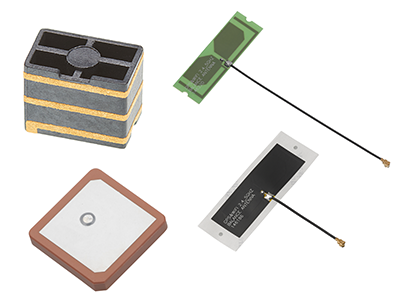 Additionally, an effective antenna design can have a profound impact on an AR/VR device’s performance, from data communication to compactness. “We often start with standard antennas and work with customers to integrate them into their designs,” explained McWhinney. “If the performance or size doesn’t meet their requirements, we’ll move to a custom solution.”

By combining molded interconnect device (MID) technology with laser direct structuring (LDS), Molex offers integrated fine-pitch 3D circuitry in a single-molded device. Furthermore, ASEP is a Molex innovation that transforms the manufacturing process of electronic functions. Both MID/LDS and ASEP technologies are Molex capabilities that integrate antennas into your designs while delivering both space savings and high performance.

To find out how Molex can bring your AR/VR device to the next level, contact us for more information on our antenna, MID/LDS capabilities and ASEP solutions.

Next: Focus on Customizability with an FFC →