How PEDOT Is Revolutionizing Touch Switches

The smartphone has changed forever the way we interact with technology. The touch screen technology that we now take for granted would have appeared the stuff of science fiction two decades ago. There is now an entire generation of users who do not remember the conventional rubber keypads of the old cell phone. 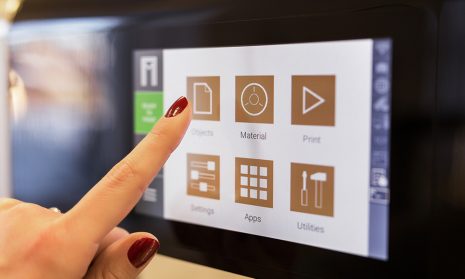 Touch Screens–Interface of the Future

As this technology becomes more common, consumers are expecting their other devices to boast the same touch functionality, and manufacturers like Molex have responded with the latest capacitive touch switches.

Capacitive touch switches use the same science as the touchscreen of smartphones. They work by using an electrical field that detects objects in proximity to the switch. The switch measures the change in capacitance created by the user’s finger, which in turn causes the switch to actuate.

The increasing adoption of smart home technology provides an excellent example of the usefulness of touch switches. Smart home control devices can be fitted with capacitive touch switches to control applications as diverse as heating, lighting and security systems. The role of each switch can change according to the system being controlled. 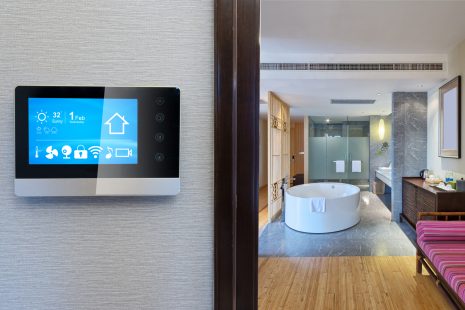 Touch switches can be manufactured using several different techniques, either on a conventional printed circuit board or a flexible circuit such as polyimide or polyester. The choice of substrate is governed by the intended application and will greatly affect how the switch will be installed.

The first capacitive touch switches used Indium Tin Oxide (ITO), which is a conductive alloy that can be deposited as a transparent film. This made it an ideal choice for touch switches that are backlit by a light-emitting diode (LED). However, the disadvantages of ITO have become more important with the increasing interest in capacitive touch switches. First, it is quite brittle and inflexible. This means that it is difficult to adapt to the complex shapes that are common on modern consumer devices.

Second, ITO is costly to manufacture, as it uses a subtractive process. In a subtractive process, the deposited layer of ITO is chemically etched to create the circuits required for a switch. This is wasteful of materials and adds extra steps in production to recover the material lost during the process.

With the inherent limitations of ITO for new designs of capacity touch switches, manufacturers started to search for alternative solutions that would offer good transparency and conductivity while providing a more flexible product that was cheaper to process. One alternative that has been identified is the group of materials comprising conductive polymers.

A material known by its acronym PEDOT, poly(3,4-ethylenedioxythiophene) is a material that has emerged as one of the front-runners in the race to replace ITO in capacitive touch switches. PEDOT is an organic polymer that offers several advantages over ITO. 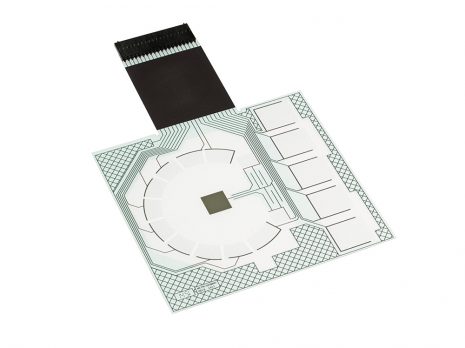 In contrast to the subtractive method used to create ITO circuits, PEDOT is deposited onto inexpensive polyester film in an additive process, which is a more efficient use of materials and a more environmentally friendly process. What makes PEDOT superior to other polymers for switch applications its combination of conductivity and transparency.

The final innovation that makes PEDOT-based devices truly possible, however, is the progress being made in the field of low-temperature soldering. Conventional solder processes using high temperatures are totally unsuitable for incorporating chips and other electronic components onto a polyester-backed circuit. The adoption of low-temperature techniques means that it is now possible to terminate such devices directly onto a polyester substrate.

PEDOT material does have a limitation. It is recommended that PEDOT is used only for transparent areas of the polyester substrate. However, PEDOT circuits can be combined with Silver ink, which uses a similar additive manufacturing process. PEDOT and Silver ink can be combined to create complete circuits. Due to this flexibility, it is possible to integrate different functionality into a single device, including discrete switches, slide switches and rotary wheels. In this way, a single capacitive switch can replicate the functionality of multiple mechanical switches.

One of the advantages of capacitive touch switches is the ability to combine them with LEDs to create backlit displays. LEDs are readily available and produce little heat, making them an ideal choice to provide backlighting for touch switches. They can be used to create attractive and intuitive displays that provide a positive user experience.

Along with their easily configured functionality, backlit capacitive touch switches deliver a cost-effective alternative to more expensive touch screen interfaces, while offering space savings over the use of multiple mechanical switches and buttons. 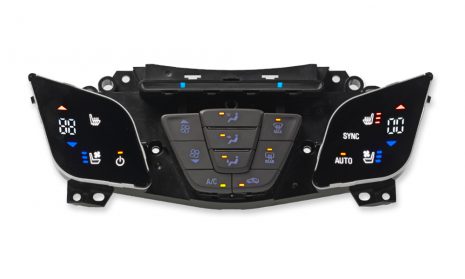 As smartphones continue to dominate the personal device market, users grow more familiar with touch screen interfaces, and the demand for other technology to follow suit will grow. Touch switches are an ideal solution for consumer, automotive and industrial applications, and when combined with PEDOT technology, offer fantastic benefits in cost, space savings and functionality.

By Molex
Next: 3 Considerations for Designing IoT Devices of the Future →