Sensing the Future of Appliance Design

When measuring fluid levels in appliances, designers are starting to think outside the tank. Traditionally, fluid measurement in applications such as icemaker water tanks and beverage dispenser tanks has been accomplished via mechanical sensors, floats and switches. Because they are immersed in the fluid, these mechanisms can corrode and cause cross-contamination. They also require standard tank shapes, such as cylinders, to provide consistent measurements.

Capacitive fluid level sensors are much more flexible. They can be mounted outside non-metallic containers with pressure-sensitive adhesives, eliminating contact with the fluid. The sensor can distinguish between air and water or other liquids and, combined with a microprocessor, transmit signal data to a control unit. These solid-state sensors are more accurate and reliable than mechanical devices.

Capacitive fluid level sensors also give appliance designers more freedom, enabling the use of unconventionally shaped tanks. When designing the sensors, circuitry substrate options include PCB, polyester flexible circuit and polyimide flexible circuit. One helpful feature is that the design can use a traditional PCB for a flat surface container or a thin, flexible circuit to accommodate curved surfaces or space-constrained applications. 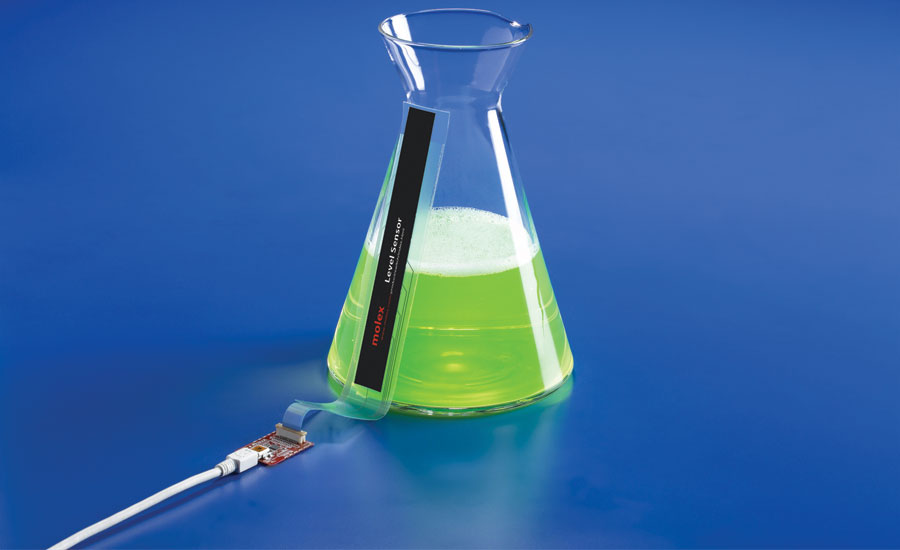 If you’re interested in using capacitive fluid level sensors, work with a sensor supplier early in the design process. It saves time and effort to integrate the sensor with the initial concept rather than modifying the system design later. Also, if you want to use a tank in a remote part of the product, you can use a wireless protocol to communicate between the sensor and the control unit.

As the Internet of Things takes shape, the era of smart, connected appliances is on the horizon. The IoT will include sensors that can perform functions such as alerting maintenance when an appliance needs liquids added and monitoring fluid levels so they can be purchased and added before they run out (don’t be surprised when your refrigerator calls to let you know something’s up!). And capacitive sensors will make appliances smarter by enabling more efficient decision making, delivery scheduling, maintenance and purchasing.

This blog is based on an article published in the February 2016 issue of appliance DESIGN magazine.

Next: A Powerful Blast from the Past →