Close
Back to Car of the Future

The Million-Mile Car: Fact or Fiction? 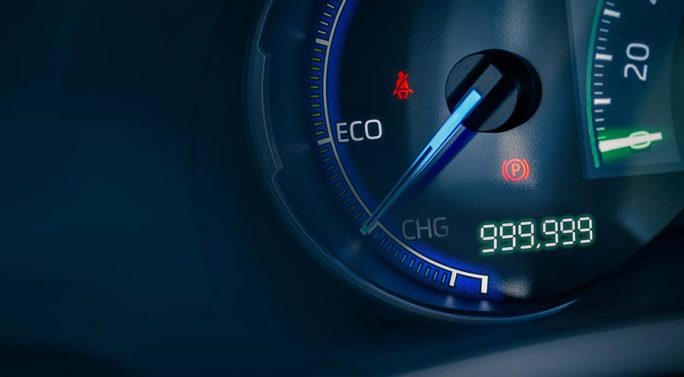 Do consumers really want a car that can be driven one-million miles?

Far from fiction, next-generation vehicles sporting million-mile warranties will become a reality sooner than later, thanks to the undisputed rise in electric vehicles (EVs). By design, these cars are built more simply, with significantly fewer moving parts.

The absence of a gas engine also eliminates the need for traditional tune-ups and oil changes, which leads to fewer maintenance issues and the ability to extend odometer readings far beyond what’s typical today. Still, will the potential of longer lifespans entice consumers to buy million-mile cars or will they be more motivated by warranties that make it possible?

According to Molex’s recent “The Future of the Automotive Survey,” vehicles with million-mile warranties are unlikely to be commonplace by 2030. In fact, such vehicles came in second only to flying cars as the least likely feature to be standard on an average new car purchased in 2030. Nevertheless, there are reasons to believe the auto industry is capable of producing a million-mile car in that timeframe, as 27% of respondents reported automakers definitely will or probably will (43%) reach that goal by 2030.

I’m confident electric and hybrid vehicles capable of going the distance will be cruising our highways within two-to-three years. Start with the fact that our survey of 230 global automotive manufacturing leaders revealed nine in 10 new cars in 2030 would be fully electric or at least a hybrid, with almost two-thirds expecting fully electric. A lot of the million-mile car expectations ride on how Elon Musk has upended the automotive industry. Not only by his rethinking and executing on new electric car designs, but also by how Tesla is capturing consumers’ imaginations.

When Musk first looked at converting conventional cars to an electric design, he quickly rejected the existing cabling complexity in favor of starting from a clean slate. Tesla’s all-electric models operate like a computer network, with software architecture “zones” for key functions such as communications, safety and infotainment. With significantly fewer moving parts, EVs like the Tesla Model S can operate for longer and longer intervals without maintenance concerns, except for tires and brakes.

Given the technological advancements and growing consumer interest, it’s no surprise that traditional carmakers have set their sights on EVs. Their progress has been slower than expected, however, due to innovating with legacy systems. Still, auto OEMs know the future is electric and are making investments to get there. What’s at stake here? Market watcher Wood MacKenzie predicts total sales of 300 million passenger EVs by 2040.

The Volkswagen Group expects one-fifth of its global sales will be all-electric cars by 2025. Meanwhile, Volvo has announced all its cars will be electric by 2030 and General Motors, the largest U.S. automaker, is investing heavily in partnerships and people–including the promise of 20 new EVs on sale by 2023.

As automakers intensify their EV efforts, we’re going to see their consumer narrative increasingly focus on the value proposition of a million-mile car. That doesn’t mean drivers necessarily will drive their cars for that long; obviously, they will continue to upgrade as new styles and technical/safety features become available. One thing is clear, though: people desire the peace of mind that comes with driving maintenance-free, no matter how long they own their car.

As a leading supplier of electronics and connectivity solutions that serve as a car’s central nervous system, Molex is committed to ensuring our products are robust enough to withstand the test of a million miles. Clearly, in the next few years, we will see the industry adapt vehicle validation and testing protocols to evaluate components for million-mile, maintenance-free driving.

We understand the impact of miniaturization and increased vehicle life on terminal designs, which is driving our collaborations with automotive OEMs to support the special needs of EVs and autonomous driving. That’s one reason Molex pioneered novel terminal interface “ZeroWear” technology. This innovation is a key technology enabler for miniaturization advances designed to avoid contact interface degradation and highly resistive oxides over a long period of usage. As a result, Molex is uniquely positioned to deliver the more resistant, durable and longer-lasting components needed for cars to reach one million miles.

The success of converting consumers to EVs will involve how effectively car makers can achieve and then tout advancements such as million-mile, maintenance-free performance. To make this a fact will require new levels of alignment across the entire automotive ecosystem. In the race to win consumers’ hearts and wallets for EVs, I can’t help but wonder who will be first with a million-mile car guarantee: traditional automakers or disruptive players like Tesla? We’ll know soon enough.