A customer working with Molex’s Yamato and Kagoshima sites in Japan saw a sudden increase in demand for their products, but needed to move production closer. It chose Molex Vietnam; however, due to the COVID-19 pandemic and restrictions in travel, transferring production from Japan to Vietnam would be a challenge. 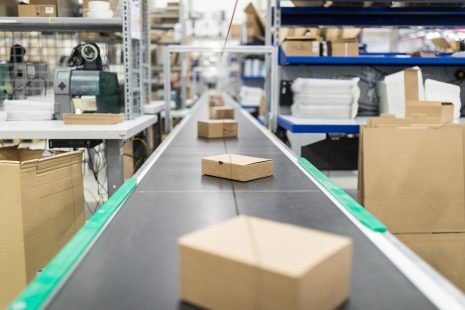 Faced with growing pressure to meet the customer’s launch deadline, the Molex teams had to get creative in sharing knowledge and quickly building the plant’s capability.

“Because the manufacturing of this product is extremely complex, it was especially important that the Vietnam team not try to launch production at their site without onsite support from the Japan team,” said Yoneyama Seigo, Director of Die Mold Plating Engineering Molex Japan.

Some technicians like maintenance and quality engineers were able to briefly travel to Japan to begin knowledge sharing in person in January. In February, mold and die technicians and engineers were scheduled to travel to Kagoshima for an on-site demo, with plans to return to Vietnam in April with four Japanese expats in order to support the on-site production launch. Unfortunately, the second group was unable to go to Vietnam as planned due to COVID-19.

“We were racing against the clock. We had a virus outbreak that was looking to soon evolve into a pandemic, but we also had a customer that greatly needed our support. Obviously, we weren’t going to put employees’ safety as risk, so we started looking at an option b to get the transfer going successfully,” said Fukuda Junichi, Senior Director, Molex Japan.

As the machines and product lines began transferring from Japan to Vietnam, so did the knowledge. Despite the complex product line and manufacturing capabilities that comes with it, the Japan team was eager to use as much technology as they could to help the Team in Vietnam virtually prepare.

“We had to quickly embrace technology and any capabilities we could leverage for remote work. I’m impressed by both the Japan and Vietnam teams’ quick thinking to transfer the product lines and knowledge associated with it, to catch my local team up to speed,” said Nguyen Nam, Molex Vietnam’s Plant Manager.

From detailed written plans, to Microsoft Teams live video calls, to using video cameras to livestream with Bluetooth audio, the teams made the most of a tough situation and stood by one another (virtually, of course) to conduct or attend trainings.

According to plant leadership, the key to success was flexibility and frequent communication.

“Everyone involved knew setting up the lines here, virtually no less, would be a challenge. The teams were patient with one another yet acted with a sense of urgency to make this a success. Although the Japan and Vietnam teams couldn’t spend much time working together in person, they were in constant communication with one another,” Nguyen Nam went on to say.

Five months and more than 100 hours of livestreaming and video calls later, the teams were successful. Quality checks went smoothly, molding and die conditions were good, and the product now made in Vietnam was qualified. The teams successfully got about 500 pieces to the customer on-time.

Nguyen praised everyone involved, saying, “I cannot thank the Kagoshima, Yamato and Vietnam teams enough for their support and efforts. Without their dedication and often early morning or late evening calls, we wouldn’t have succeeded in getting this product line off the ground in Vietnam and get the customers what they needed. It just goes to show that even in the most challenging times, our Molex teams can come together anywhere in the world, even virtually, and be successful. We truly are One Molex.”