When Failure Is Not an Option and Bandwidth Is Not Optional

Copper has earned its stripes in mission-critical applications.  A mainstay technology, copper connectors can be military-grade (often referred to as Mil-Spec) and are deployed in some of the world’s toughest environments.  However, copper is not without limits, especially as bandwidth requirements continue to increase

Across multiple industries, we see higher transmission rates over longer distances.  This is occurring not only in modern, sprawling data centers popping up to support the “cloud,” but in surveillance systems, radar and avionics applications based in military theaters worldwide

Military-grade fiber optics compare favorably in critical SWaP areas (size, weight and power).  Fiber is lighter weight than copper and can be dimensionally smaller, with comparable or higher transmission rates.  Lower weight, for example, means fuel savings for transport or an easier load for military personnel.

Dirt, dust, mud, humidity, moisture and oil can degrade both copper and traditional optical interconnects, which can cause system performance problems. A number of Molex ruggedized fiber optic connectors are earning stripes in harsh environments.  Expanded beam connectors utilize fixed lenses that expand and collimate the light emitting from optical fibers within a sealed connector interface, making the optical path less sensitive to data transmission interruption due to debris that might otherwise cover a fiber core.  Expanded beam connectors can withstand thousands of mating cycles and are easy to clean without damaging the fiber core.

Military applications and environments are changing.  Ruggedized fiber optics outranks copper in bandwidth and other critical SWaP characteristics needed in aircraft, military command centers, and land, sea and airborne radar systems where failure is not an option. 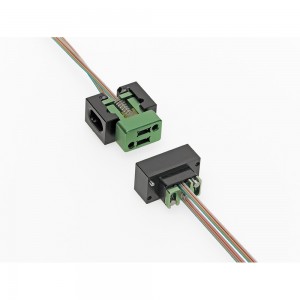 Next: Query Your Way to Rule of Thumb →